The buildings and turntable were constructed between 1927 and 1932 to ensure trains could continuously transport the hundreds of thousands of tonnes of grain grown across the Eyre Peninsula to the ports.

“Those workshops have supported locomotives and rolling stock since they were built in the late 1920s servicing the entire network over here, that’s about 600km of line that has always been isolated in the state.”

Knife is president of the Eyre Peninsula Railway Preservation Society that oversees the also heritage listed railway station and its museum further along the line in Port Lincoln, and he emphasised the long-term importance of the precinct.

“The railways employed thousands of local workers,” he said.

“At its peak in the 1950s and 1960s there would have been about 600 people employed on the railways in Port Lincoln, that was when the population of the town was about 6000, and it was by far the biggest local employer.

“There are very few long-term families living here who don’t have at least one or two people in the family who have worked on the railways at some stage.” 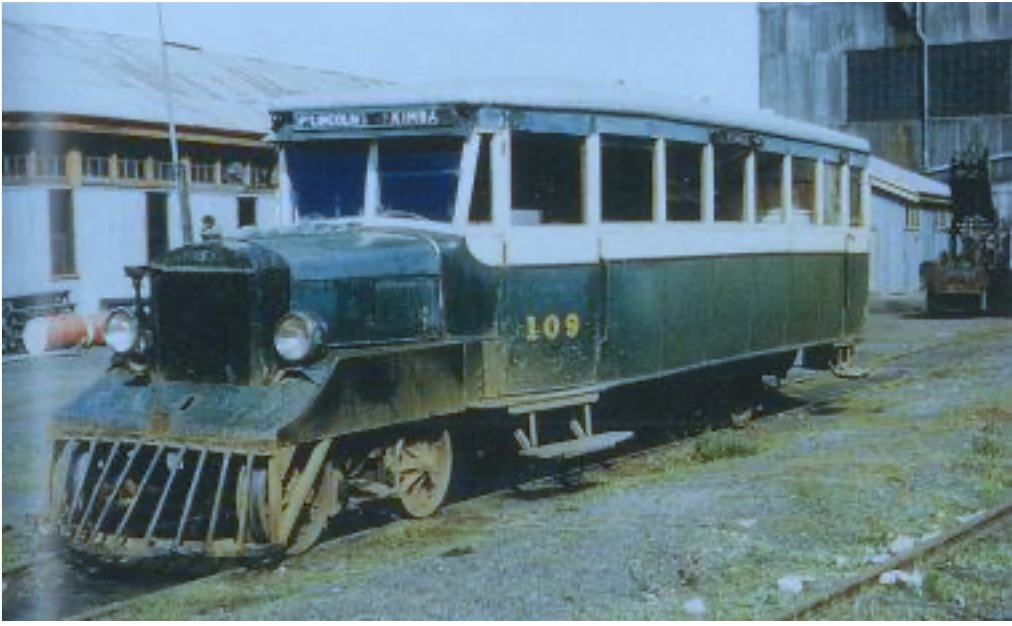 Knife said that sadly, agriculture company Viterra decided to end rail transport in 2019 and now instead moved all grain by truck.

The very last railway run between Cummins and Port Lincoln ended an era of rail transport on the Eyre Peninsula on May 31, 2019.

Genesee Wyoming Australia – now called One Rail Australia, continues to lease the locomotive depot and workshops in Port Lincoln and keeps them in working order.

Knife said the company road transports hopper wagons that carry iron ore in Whyalla and gypsum in Ceduna to the site for maintenance.

“When grain haulage ceased GWA also donated a locomotive and grain hopper to the museum but they’re a bit big to put in a room, so we’re now fundraising to build a roofed enclosure,” Knife said.

Locomotive 850 was the last train to deliver grain into Port Lincoln last year. It started operating in 1962 and has travelled as far west as Penong and as far north as Buckleboo.

It was hoped the exhibits and the new heritage listing would renew interest in the railway, Knife committed to his own role in protecting and promoting the state’s history.

Despite living in Sydney at the time, Knife was a foundation member of the preservation society, which celebrated its 20th anniversary last year.

“I’ve always loved the area and I’ve been coming to visit for 50 years now, I was a foundation member because of my railway interest, I’ve been involved with research and meeting with people here and have made some very good friends,” Knife said.

“When we moved here 10 years ago it was like coming home.”

It was Adelaide resident Mark Wilson who nominated the site and it was supported by the preservation society.

The State Heritage listing report said the depot and workshops were built by South Australian Railways and the roundhouse is one of only two surviving examples of its kind in the state, the other is in Peterborough.

“There are very few examples of railway workshops remaining in South Australia, and even fewer that demonstrate the same degree of intactness including buildings, structures and machinery,” the report reads.

The locomotive workshop attached to the roadhouse is a large metal-framed, saw-tooth-roofed building that is clad in corrugated iron.

“The Port Lincoln Locomotive Depot and Workshops demonstrate important aspects of the maintenance facilities constructed by South Australian Railways in the 1920s and played a vital role in the expansion of grain production on the Eyre Peninsula and the agriculture and economic development of South Australia during the twentieth century,” the register entry said.

“Not only is the roadhouse, workshop and turntable combination at Port Lincoln rare, it also represents a significant type of facility that is in danger of being lost in South Australia.”