The beautiful heritage-look lights near the town’s historic railway station and post office are a visual reminder of the town’s 130-year association with Australian Gas Networks (AGN) – and its predecessor, SA Gas Company.

The lights were first presented to Port Pirie in 1992 for the company’s celebrations of a centenary association with the town, and now AGN is paying for the refurbishment and freshen-up some 30 years later.

AGN marketing and stakeholder manager James Wong said they represented the company’s proud links with Port Pirie and the role it has played in the town’s gas supply.

“The gas company’s involvement with Port Pirie began in 1892 when a decision was made to establish a gasworks,” Wong said.

“In August of that year, the gas works located in Alpha Terrace were completed and this supplied the town’s gas, created through the burning of coal.”

Following the successful introduction of gas to Adelaide in 1969, a spur line was constructed from the Moomba to Adelaide pipeline to take natural gas to Port Pirie and in 1976, Premier Don Dunstan officially opened the pipeline.

“In the first instance, natural gas was supplied to the BHAS (Broken Hill Associated Smelters) smelter in Port Pirie and this was an integral part of the growth and success of the town,” Wong said.

“Natural gas is now supplied to the majority of homes and businesses in Port Pirie.”

In time for the festival, it is anticipated work on the lights would be completed and they will switched back on, throwing a gentle light and reminder of the town’s history back on the street.

Wong said during the Winter Festival, AGN also hoped to showcase the future of gas – renewables – with its 100 per cent hydrogen gas barbecue on show. 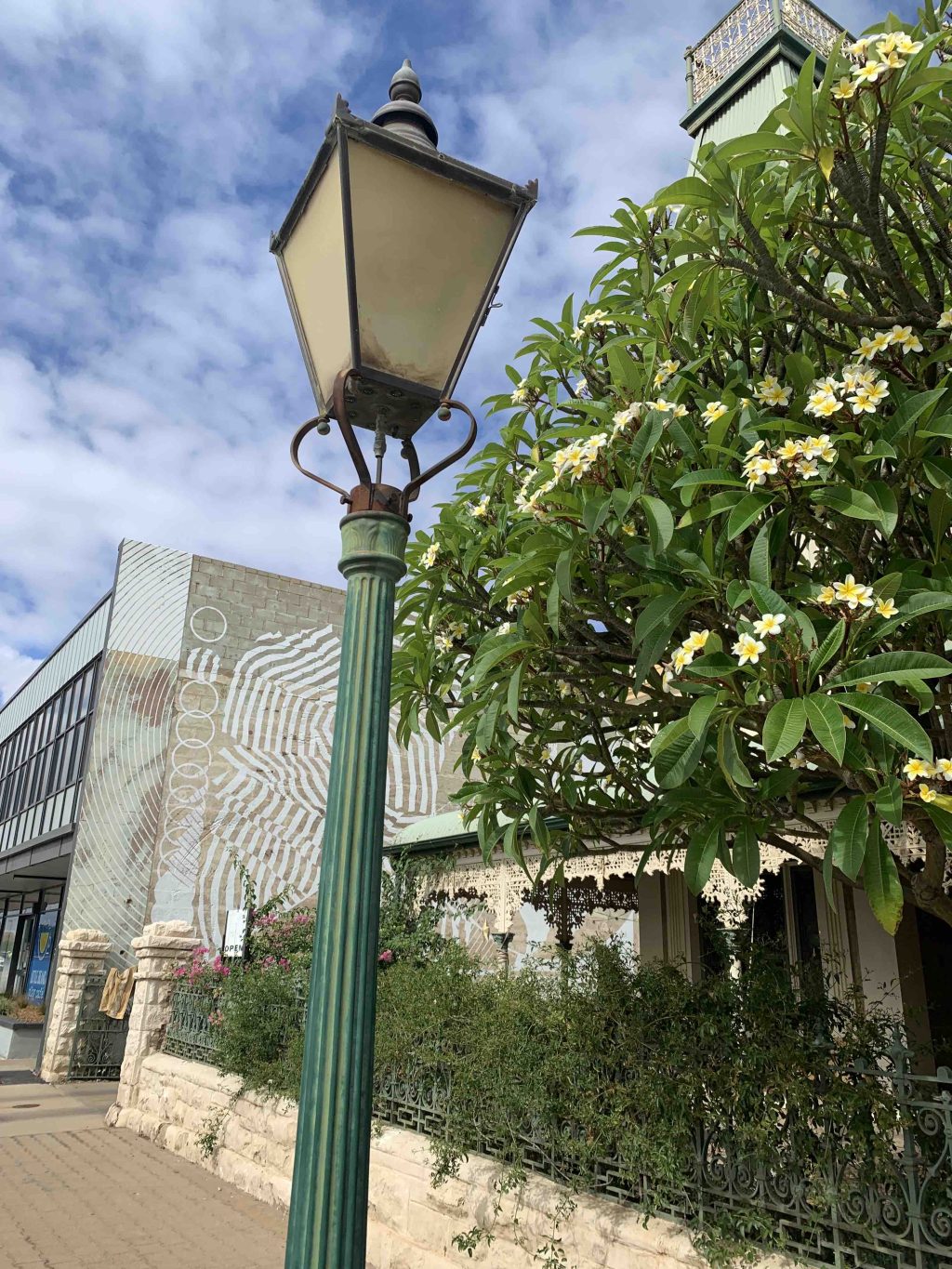 It is one of just three owned by AGN in Australia.

Wong said transitioning from natural gas to renewable gas was a focus for the company, having launched Hydrogen Park SA at Tonsley (Adelaide) in May last year and its success was now flowing into homes in Adelaide’s south.

“We’re blending in 5 per cent of renewable hydrogen into the gas network and that’s supplying approximately 700 homes in Mitchell Park,” he said.

“We’re now looking to expand that to supply an additional 3000 plus homes in the local area with renewable gas, which is really exciting.”

Wong said the AGN team was looking forward to sharing the vision for the transition from natural gas to renewable gas to visitors at Port Pirie’s Winter Festival.

During the festival, the town will come alive with a showcase of arts, culture, music, food and entertainment, supported by the South Australian Living Arts (SALA), Illuminart, Business Port Pirie and Australian Gas Networks.

Visitors can see the launch of the new Illuminart City Park Projection Show ‘Constellation’, there will be family-friendly activities in Memorial Park, an evening street party in Alexander Street, Sunday sessions and art workshops at locations around Port Pirie.

For more information about Port Pirie Winter Festival, check out the businessportpirie.com.au website.