The company purchased a 25-tonne a year Southern Bluefin Tuna quota late last year and along with a further 25t from the Stehr Group has grown its stocks to almost 100-tonnes.

Vandenbergh is also in the process of finalising 60 training places for indigenous youth at the Port Adelaide-based Australian Maritime & Fishing Academy, which Stehr founded in the 1990s.

The company has started selling some fish to generate cash flow and build up the business ahead of a launch of the new brand early in the new year.

“We’re getting very close, we’re selling some fish already through Japan and we’re trying to get everything together at the moment,” Stehr said.

“There’s a lot of interest in this space – it has got huge potential and is certainly a first in South Australia.

“The opportunity for those guys will be endless because they don’t have to work for us and they don’t even have to stay in South Australia or even Australia because it’s an international certification. 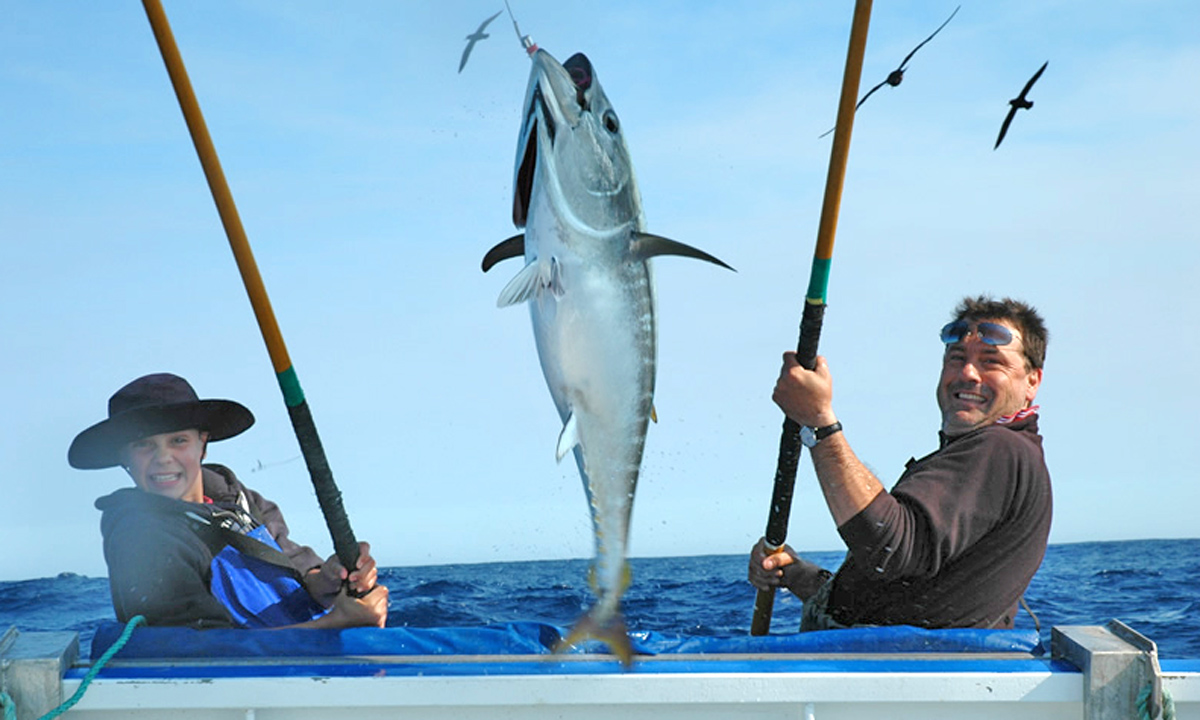 The fish are being overseen by Stehr’s son Marcus and are currently gaining mass in a holding pen alongside Stehr Group tuna off the Port Lincoln coast. They are expected to soon reach 100 tonnes. The company plans to retain its 50t quota again when the next tuna season opens in December

Vandenbergh said the curriculum for the initial three-week maritime and fisheries course was being finalised.

He said the training would likely lead to work for graduates at Wanna Mar Stehr and with other seafood industry businesses and would help address youth unemployment, regional unemployment and aboriginal unemployment.

“I’m hoping to get a lot of them out of the programs that we’ve been delivering at Port Adelaide (Football Club),” Vandenbergh said.

“A lot of my students are from regional South Australia – Port Lincoln, Maitland, Ceduna, Port Pirie, Port Augusta and they’re kids who have grown up on sea country.

The course is also part of a broader partnership with Goolwa PipiCo and Yorke Peninsula red seaweed technology developer CH4 to train indigenous youth for careers in the seafood industry.

Goolwa PipiCo has a cockle harvesting joint venture with the Ngarrindjeri people in the Coorong while CH4 has a similar partnership with the Narungga people on Yorke Peninsula. 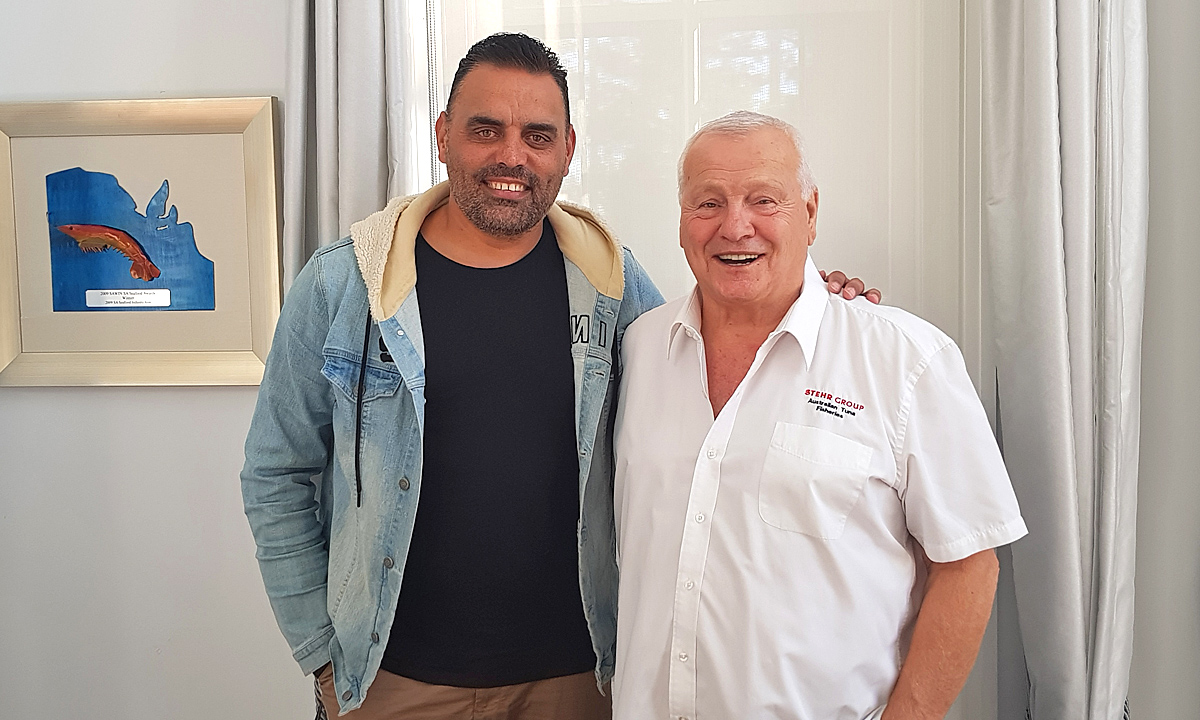 Paul Vandenbergh and Hagen Stehr say there is a great opportunity for young indigenous people to work in the seafood industry.

Vandenbergh said he had also been approached by other Port Lincoln tuna companies wanting to take on trainees out of the program.

“One of the big pushes from our Ceduna-based native title group is to have a Sea Ranger Program to get young people to look after country so it would be great to have multiple roles and this training hopefully will tick all of those boxes to give them that breadth of experience,” he said.

Port Lincoln is the Southern Bluefin Tuna capital of Australia with the majority exported to Japan.

Tuna weighing about 12-15kg each are caught up to 300km out to sea in the Great Australian Bight, placed in giant sea cages and “ranched” back to pens near the coast in a slow journey that can take weeks to complete.

The fish are then fed up until they reach 25-30kg, harvested and airfreighted fresh to global markets or frozen at temperatures as low as -60C.

Vandenbergh said there were opportunities to increase premium tuna consumption within Australia as well as potential export options with the Wanna Mar Stehr brand.

“The idea that Hagen and I have always been pushing is to open the Australian market up a bit more with an indigenous flavour to it and telling our story about our sea country and what we’ve been doing for thousands of years.

“Even overseas we reckon there are big possibilities.”