Andromeda Metals plans to lodge its application with the South Australian Department for Energy and Mining on Friday to establish a halloysite-kaolin mine near Poochera on Eyre Peninsula in the north of the Australian state.

Kaolin is a clay used for high-end ceramics. High purity kaolin can also be used for coating applications such as premium paints and inks and fetches up to $1000 a tonne.

However, the Great White Project at Poochera, about 640km west of Adelaide by road, also contains significant amounts of halloysite, a rare derivative of kaolin where the mineral occurs as naturally formed nanotubes.

The project is a joint venture between Andromeda (75 per cent) and fellow South Australian company Minotaur (25 per cent).

Andromeda managing director James Marsh presented to the Australian Shareholders Association in Adelaide last week, telling potential investors that it was this combination of 40 per cent halloysite and 60 per cent high purity kaolin at Poochera that gave the project a commercial edge.

“Australia probably has the largest high-purity kaolin resource in the world but it has never really been commercialised because of its low value coupled with the high energy and logistics costs of mining in Australia,” Marsh said.

“At the moment our PFS (pre-feasibility study) and all of our focus is on that hybrid material, which is the perfect combination for high-quality porcelain applications.

“There are companies that make that mixture by sourcing pure halloysite and mixing it with normal kaolin but we have it occurring in the ground naturally so we have a big head start.”

The company released a PFS in June last year and is working to complete definitive and bankable feasibility studies in the coming months. 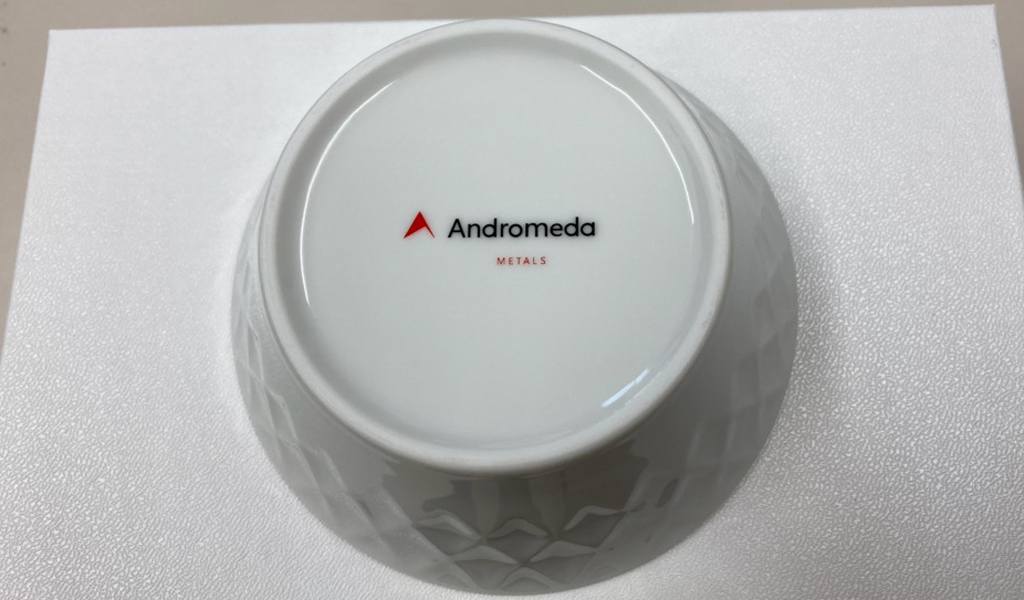 It would produce an ore level of 12, 500 million tonnes of kaolin and halloysite components at a price of $700 a tonne, giving the shallow open-cut mine a 26-year life at an excavation rate of 500,000 tonnes a year. About 30-40 local jobs are expected to be created initially with scores more to potentially follow.

The PFS forecast states the project would require a maximum cash injection of $28 million to get the site operating to the point where revenues could begin flowing in through the direct shipping of ore. This would have a payback period of 15 months.

It also foreshadowed the establishment of a wet-processing plant on site in the second year of production at a cost of $56 million to be funded by ore revenues.

However, Marsh said options were being investigated to potentially build the processing plant as part of the mine development to maximise profits.

“Our market opportunity is about 2 million tonnes (per year) and the good thing for us is that the people who are supplying it are running out of material just as we’re coming on stream so we can fill that gap in the market,” he said.

Marsh said shipping options included the new port at Lucky Bay, which is about 280km east of Poochera, or Whyalla (300km).

There are also commodity ports proposed to be built near Port Lincoln.

“The application is due to go in next week so the clock starts ticking from then and we’ll see how long it takes to get done but hopefully by September or October this year all the approvals will be done and finished and that includes the environmental sign-off,” Marsh said last week.

“The plan is that by this time next year we will have broken ground – the second of February is our target.

“Our business model is very simple and the mine is very low impact and has a very small footprint that can be constantly rehabilitated as we go.

“We are also looking to complete all of these offtakes by choosing the best customers with the best credit ratings who will give us the best price.” 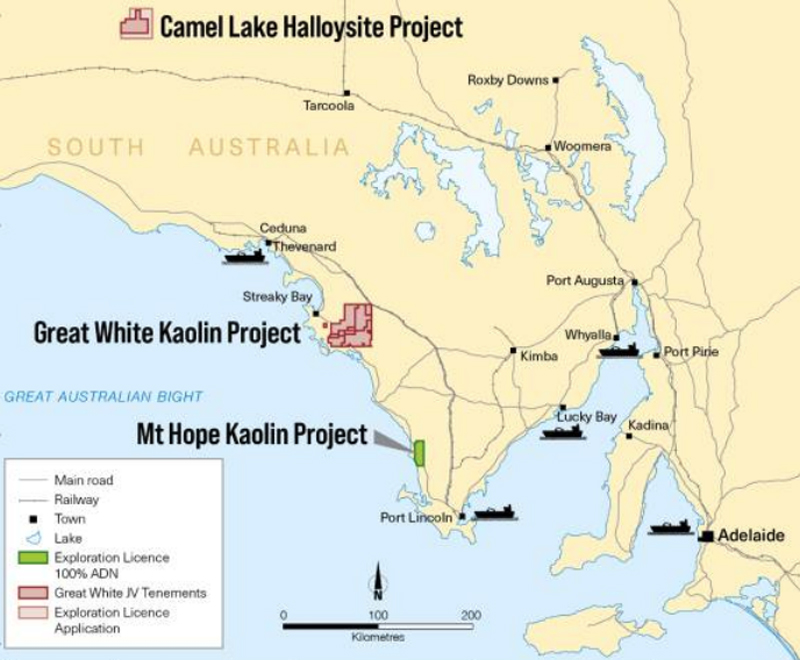 Andromeda last year entered into a 50/50 joint venture with Minotaur to establish Natural Nanotech to investigate new technology applications for halloysite-kaolin nanoparticles in partnership with the University of Newcastle in NSW.

The program incorporates 18 research areas including batteries, carbon capture, the safe storage and transportation of hydrogen, air and water purification and using the nanotubes as controlled delivery mechanisms for medicines, fertilisers and herbicides.

Other applications being explored include specialist construction materials such as shotcrete.

“There’s even one application for it to extract microplastics from the ocean and recycle them,” Marsh said.

“There’s some very exciting stuff happening and I think that’s what the market likes about Andromeda, we’ve got this baseline business in ceramics and we’ve got a million tonnes of offtakes signed up in China.

“So there’s a very nice baseline business there, which is very safe and secure, but also now we’ve got all these new applications coming through.”

The Great White Project includes a high purity halloysite prospect site at Camel Lake in the Maralinga Prohibited Zone and a 51 million tonne resource at Hammerhead, also near Poochera. Andromeda also has 100 per cent ownership rights to an exploration licence at Mount Hope, between Elliston and Coffin Bay on the Eyre Peninsula, where high purity kaolin has been found.

The company, known as Adelaide Resources until 2017, listed on the ASX in 1996 but its share price sat at 5 cents or below from 2014 until about six months ago following the PFS and a series of significant halloysite-kaolin announcements.

Since the end of August, Andromeda’s share price has steadily risen from $0.047 on August 31 to $0.295 on Friday morning, and the company was listed in InDaily‘s South Australian Business Index at 27 of the top 100 companies in the state.

“We are well-positioned to transition from a junior explorer through to the world’s biggest producer of this mineral and we are also well-positioned to be the world leader in all things halloysite from exploration through to analysis, production and new applications and we’re already making a lot of headway in all those different sections,” Marsh said.