Following a successful debut in 2020, the 5255 project – which honours Langhorne Creek’s postcode – is back on in 2022 with successful applicants announced this week.

Two tonnes of premium fruit of their choice are gifted to each winemaker with mentoring support and guidance throughout the year from harvest through to bottling.

The three successful participants in vintage 2022 are Natillie Johnston from Tillie J Wines in the Yarra Valley and South Australian winemakers Riley Harrison from Harrison Wines and Greg Clack and Kate Horstmann from XO Wines.

It is the first time the project will send grapes interstate to promote Langhorne Creek.

Tillie J Wines will make a one-off Grenache with Langhorne Creek fruit from Watkins Wine’s vineyard, with the red likely to stand out in the Yarra Valley, a cool-climate region better known for sparklings, Chardonnay and Pinot Noir.

Johnston said she had taken inspiration from Fleurieu Peninsula winemaker Charlotte Hardy, of Charlotte Dalton Wines, who produced a sold-out Fiano in the first edition of Project 5255 in 2020.

“This project is such a fantastic opportunity for small, up and coming producers such as myself to find their groove and express their winemaking skills,” she said. 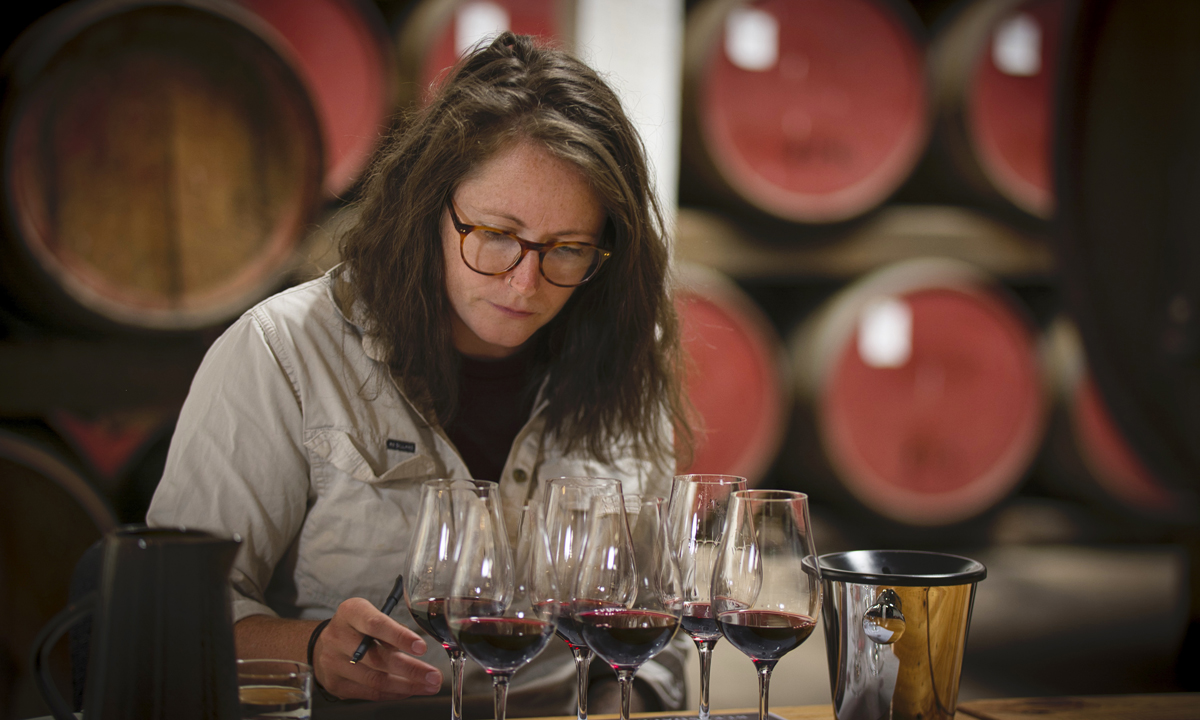 “I take great inspiration from the success Charlotte Dalton Wines has experienced from this program.

“I also strongly believe that opportunities such as this can lead to amazing outcomes when done in conjunction with sound advice from established mentors along the way.”

There were 18 applicants for the 2022 edition of Project 5255 including three from interstate – Yarra Valley (Victoria), Macedon (Victoria) and Orange (NSW).

Clack and Horstmann, who predominantly produce Adelaide Hills wines from their Kuitpo base, will use grapes from Windsong Wines to make a Langhorne Creek Prosecco.

Harrison, who has previously made wines with fruit from Barossa, Adelaide Hills and McLaren Vale, will produce a Malbec using grapes grown by Dale Wenzel.

“While it’s incredibly exciting to have the opportunity to sink my winemaking teeth into some malbec grapes, a large part of my attraction to Project 5255 is driven by the opportunity to spend time within a wine community that I have long admired,” he said.

Langhorne Creek has been building a strong reputation for Malbec in recent years and is also home to some of the world’s oldest Cabernet Sauvignon vines. The region produced the inaugural Jimmy Watson Trophy winner in 1962 – Australia’s most famous wine prize – when Stonyfell’s 1961 Metala Cabernet Shiraz beat all-comers.

The Creek was also recognised in 2019 when Bleasdale Vineyards was awarded the 2019 Jimmy Watson Trophy for its 2018 The Wild Fig SGM.

“Not only did we receive winemakers applying from every wine region in the state but we also received several from interstate,” Watkins said.

“Despite COVID challenges, we have committed to extend our project beyond SA borders to elevate this project to new levels.”

Langhorne Creek, about an hour’s drive southeast of Adelaide, is Australia’s fourth-largest wine-producing region but is often overshadowed by the nearby wine hubs of McLaren Vale, Barossa and Adelaide Hills.