Sophie Hyde should have touched down by now in snowy Utah, where Good Luck to You, Leo Grande is in the line-up of international films chosen to premiere at the 2022 Sundance Film Festival.

Hyde, a director and producer with Adelaide’s Closer Productions who also works as an international freelance director, was due to make her third visit as a director to Sundance this week, eight years after her first feature, 52 Tuesdays, won a Sundance directing award. She followed this with the gritty and freewheeling Irish comedy about long-time best friends, Animals, which premiered at Sundance in 2019.

But that was before COVID-19. On January 6, two weeks before the January 20 start date, Sundance organisers cancelled the in-person component of the 2022 hybrid online event, fearing the Omicron surge would peak at around the same time as the festival.

Hyde, clearly disappointed, will join the event online instead.

“It’s very sad, as I would love to show this film on a cinema screen with an audience all together,” she says.

Described as a comedy-drama, Good Luck to You, Leo Grande stars British Oscar winner Emma Thompson (The Children’s Act, Years and Years) as a retired widow looking for connection and adventure after a colourless marriage. Her character, Nancy Stokes, hires a young and handsome sex worker, played by Daryl McCormack (Peaky Blinders), hoping for a night of bliss and self-discovery.

Hyde is used to working with stars and before shooting Animals in Dublin with Holliday Grainger and Alia Shawkat, she decorated their dressing rooms with candles and quotes from their characters. She also took the actors to bars in Dublin where they would later be filming. 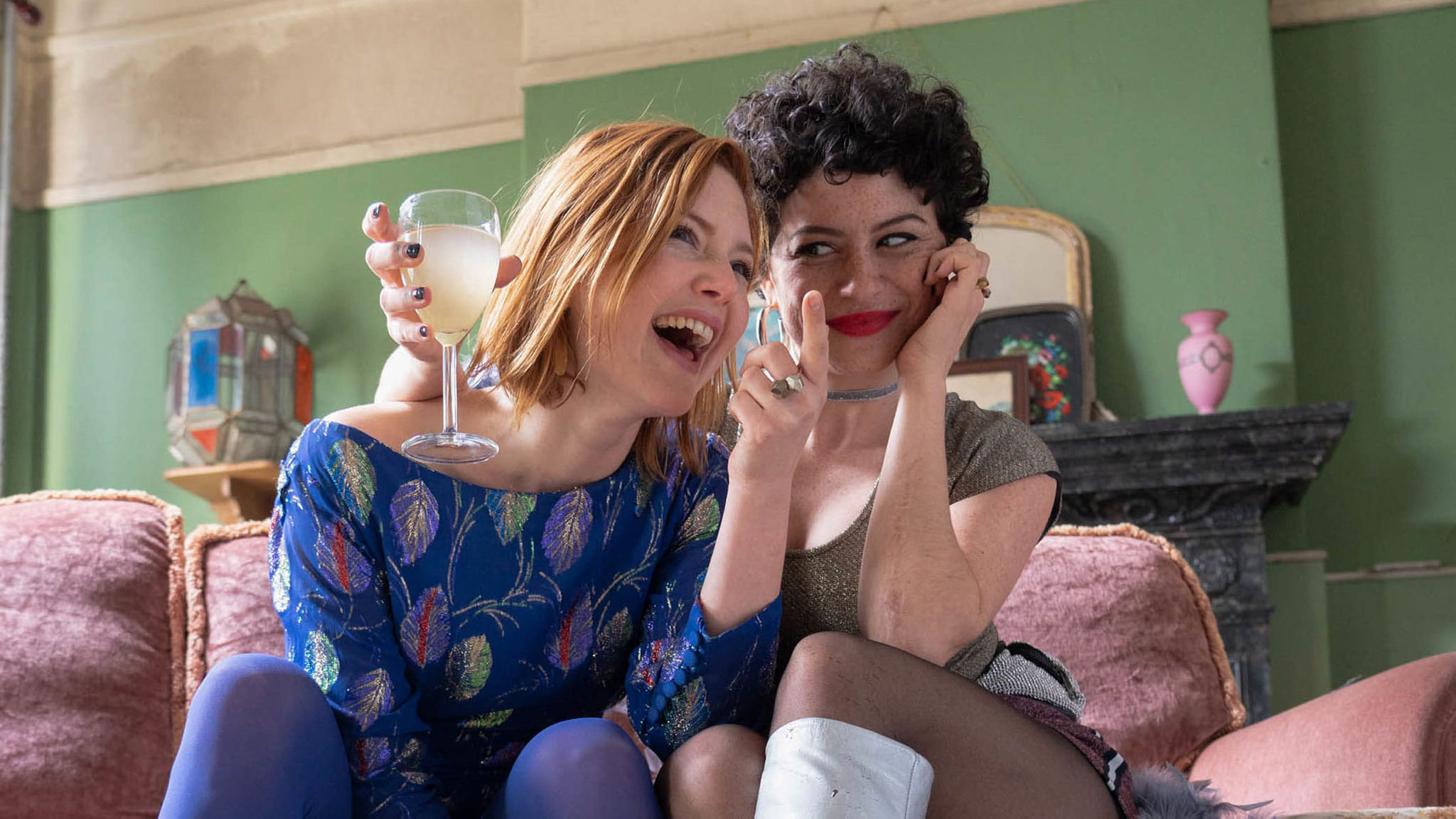 Hyde says working with Thompson, a dual Oscar winner – including for best actress in Howards End (1992) – was a delight.

“She is highly skilled and lovely, and her desire to do the film was really strong,” she tells InReview.

Hyde has progressively built an international reputation as a director and filmmaker who follows nobody’s rules but her own. Her career began to break through in 2013 with the highly original transgender drama 52 Tuesdays, filmed every Tuesday for a year in Adelaide, which also won recognition at the Berlin International Festival. She works closely with cast and crew to get the best out of them and invests in creating a warm and supportive set.

The director says she and Thompson asked questions of each other while the film was being made and the result was something they created together.

“My approach to working with Emma was collaborative,” Hyde says. “We discussed a lot, listened to each other’s stories and ideas about the material.”

Good Luck To You, Leo Grande will have an international release and was praised by the head of Lionsgate UK, Marie-Claire Benson, as raw, uncompromising and very funny, and a film that showed talent “in front of and behind the camera”. 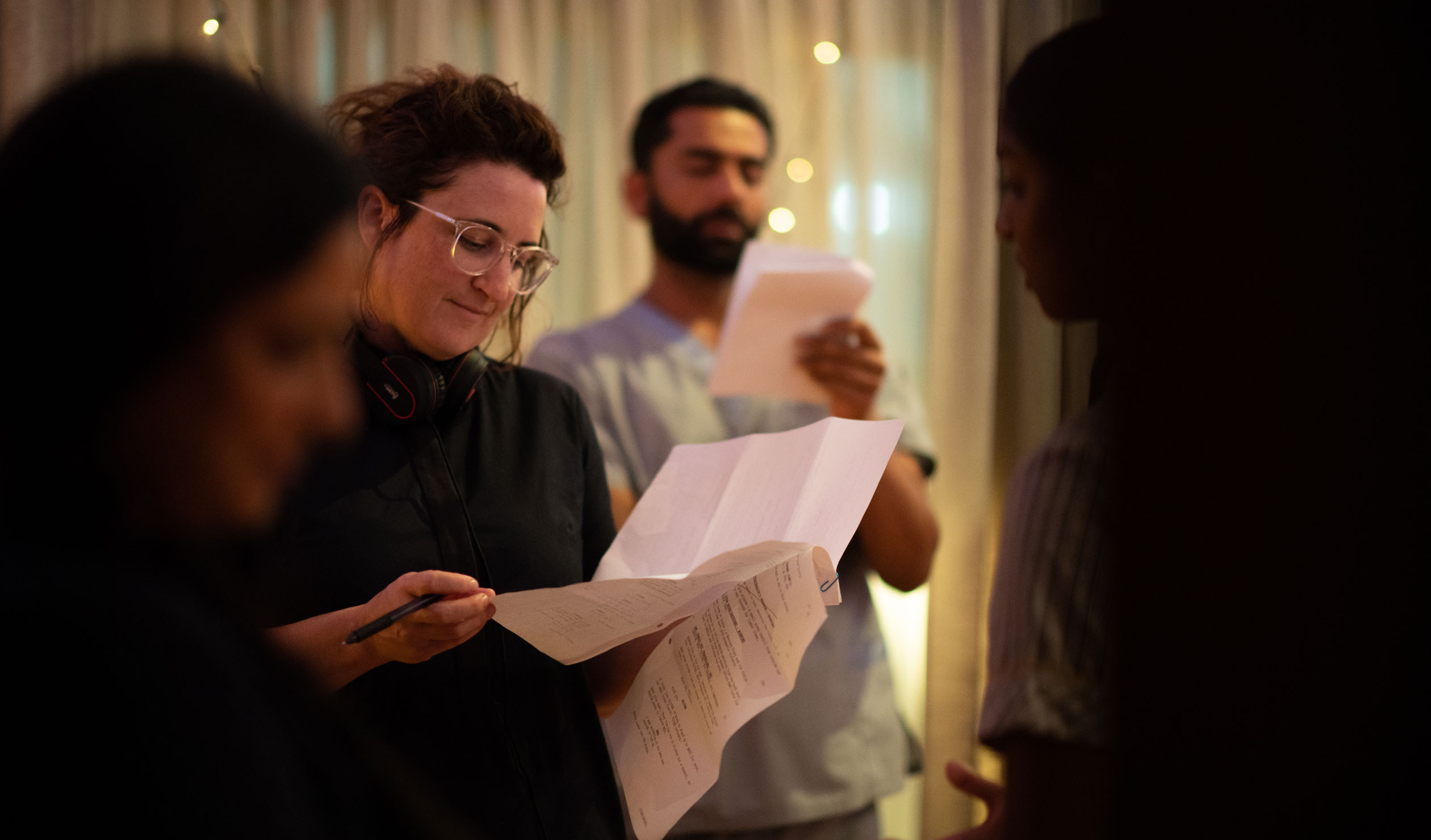 Sophie Hyde behind the scenes of SBS drama The Hunting. Photo: Nat Rogers

The movie was the first in a long time that Hyde has made completely independently from either Closer Productions, or without herself on board as a producer. Animals, based on the novel by Emma Unsworth, was an Irish-Australian co-production and, while it was not instigated by Hyde, it was a Closer film.

Ideally, Hyde will continue to work with Closer while occasionally spreading her wings.

“I am always open to working where it’s interesting. I just mostly like to re-collaborate with the people I love working with.”

Her work with Closer Productions about the ethical fallout from teen sexting, The Hunting, broke ratings records on SBS for Australian drama, won several Australian screen awards, and was shown in six other countries including the UK, Ireland, Canada and the Netherlands. It was the first prime-time series to come out of Adelaide.