The new entity, known as Mayfield Group Holdings (MYG), listed at an initial public offering (IPO) price of $0.36 on Wednesday and by the close of business yesterday the share price had risen to $0.60 with a market cap of $50.84 million.

Headquartered in Edinburgh north of Adelaide, Mayfield also has offices and manufacturing facilities in Perth, Brisbane, Sydney and Melbourne and some 200 staff.

The company was founded in Adelaide in 1936 as FR Mayfield and provides a suite of electrical products and services for renewables, transmission and industrial infrastructure for a number of sectors including defence, mining and oil and gas.

Its products include high voltage electrical switch rooms for power distribution and control for renewables (wind and solar), mining, heavy industry and utilities.

While the IPO only set out to and successfully raised $1.2 million, Mayfield CEO and managing director Jon Hobbs said the listing would enable a significant growth phase to begin.

“We have a growth mindset and certainly we have targets but the first step for us was to list and be able to access equity markets,” he told InDaily.

“I would call us a conservative company with high aspirations, so for us it was about achieving a public listing, doing this very responsibly and with good governance and then preparing ourselves to take the next strategic step when we would come back to the market.

“We are pleased that the market sees the value in our business purpose and in the trends we see in the market but equally as a board we are focused on generating long-term value for shareholders.”

A Mayfield electrical switchroom was delivered to a mine site in Western Australia’s Pilbara region this month.

The group designs, fabricates, installs, assembles and commissions its electrical infrastructure around Australia and has consistently achieved annual revenues about $60 million in the past couple of years.

Hobbs said the initial capital raise would enable to the company to invest in robotic equipment to increase the volume and efficiency of fabrication done at Edinburgh, where it has about 125 employees.

He said traditionally the company had imported as much as 30 per cent of its sheet metal production for its manufactured products from Malaysia.

“By the middle of next calendar year – within the next six months or so – we believe we will be achieving 100 per cent of our sheet metal fabrication here in Adelaide,” Hobbs said.

“We are committed to manufacturing in Australia and we believe that Australian industry in the broader sense now has a mindset to have a local source in the supply chain to de-risk the overseas source and that really has been quite a profound mind shift as a result of the COVID pandemic.

“We always believed in it even before the pandemic but this has added a sense of urgency.”

The company also aims to source components locally where possible from major suppliers such as Siemens and Schneider Electric.

While the re-shoring of the fabrication work will not initially create additional jobs, Hobbs said it would involve significant upskilling of existing manufacturing staff.

He said the automation of the manufacturing process would also help it remain competitive.

“One of the biggest advantages of manufacturing locally is that you shorten the supply time and one of the biggest costs of importing is the time it takes to place orders and wait for freight to be delivered from Asia to Australia – there are weeks and weeks of time lost,” Hobbs said.

“When big industries bring projects to market, time is always critical to them and this is where we think we’ll be able to compete quite successfully.

“We will then be looking to significantly grow the volumes in our business as we demonstrate that we are competitive and then our hope is that the jobs will follow.” 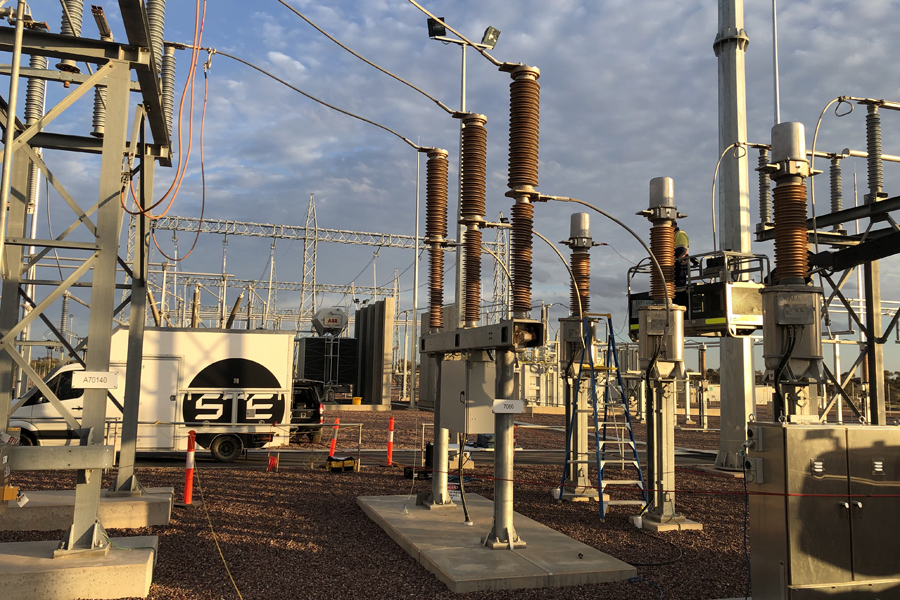 Mayfield has identified a number of trends it says present growth opportunities, such as the need for expanding electrical transmission infrastructure to connect smaller, remote and renewable generation; the increasing use of battery energy storage systems as grid solutions for power quality; the growing interconnectedness of the national energy market; and, the desire by utilities to reduce operating costs and extend asset lifecycles.

Sydney-based Stream Group traditionally provided software services to the insurance industry but is in the process of selling its only remaining software business, which is based in New Zealand.

Hobbs said the reverse-merger was complementary for both parties and included keeping the Mayfield name.

“They have a good balance sheet and they have a lot of cash but their business model is collapsing and their shareholders are pressing their board to make an alternative business investment,” he said.

“We have a history of profitability, we have no interest-bearing debt, we believe we have a good strategy and wanted to access equity markets to facilitate growth.

“Every now and then you get a meeting of two absolutely complementary entities and that’s what this was.”

SA stockbroker Baker Young was the sponsoring broker in the IPO, which attracted about 400 new investors.

Baker Young head of corporate advisory Matthew Baker said it was a project his firm was very passionate about as aligned with the emerging themes of renewable energy and bringing manufacturing back to Australian shores. “Mayfield has the right team to take on the Australian marketplace so it’s nice when all the ducks line up.

“It’s not like a ‘pump it and dump it’, they all believe in the same outcome and they’ve got a company that generates $60 million in revenue and now that they’ve got the ability to grow with capital, I think they’ll be a very strong company going forward.”